beforeheader
Sept. #CannonBookClub: The 1619 Project, All Boys Aren't Blue, and The Hate U Give | Discussion Sept 16-17
> Genre: Fantasy 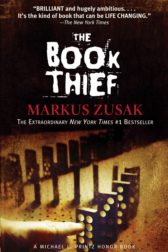 Among many other fine qualities, my royal friend Tranquo, being gifted with a devout love for all matters of barbaric vertu, had brought together in Pupella whatever rare things the more ingenious of his people could invent; chiefly carved woods of wonderful devices, chiselled shells, inlaid spears, costly paddles, aromatic canoes; and all these distributed among whatever natural wonders, the wonder-freighted, tribute-rendering waves had cast upon his shores. Chief among these latter was a great Sperm Whale, which, after an unusually long raging gale, had […]

The Pequod’s signal was at last responded to by the stranger’s setting her own; which proved the ship to be the Jeroboam of Nantucket. Squaring her yards, she bore down, ranged abeam under the Pequod’s lee, and lowered a boat; it soon drew nigh; but, as the side-ladder was being rigged by Starbuck’s order to accommodate the visiting captain, the stranger in question waved his hand from his boat’s stern in token of that proceeding being entirely unnecessary. It turned out that the Jeroboam had […]

A short space elapsed, and up into this noiselessness came Ahab alone from his cabin. Taking a few turns on the quarter-deck, he paused to gaze over the side, then slowly getting into the main-chains he took Stubb’s long spade—still remaining there after the whale’s decapitation—and striking it into the lower part of the half-suspended mass, placed its other end crutch-wise under one arm, and so stood leaning over with eyes attentively fixed on this head. It was a black and hooded head; and hanging […]

his vast bunch of grapes was swayed up to the main-top and firmly lashed to the lower mast-head, the strongest point anywhere above a ship’s deck. The end of the hawser-like rope winding through these intricacies, was then conducted to the windlass, and the huge lower block of the tackles was swung over the whale; to this block the great blubber hook, weighing some one hundred pounds, was attached. And now suspended in stages over the side, Starbuck and Stubb, the mates, armed with their […]