beforeheader
The Book Bingo Reading Challenge is Here
> Genre: Biography/Memoir > If I Forget Israel, Let Me Forget my Right Hand 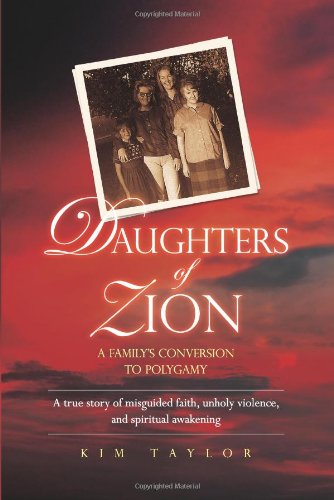 There is a whole world of books out there written by women who have left Mormon fundamentalism, and I think I’ve read about half of them. I don’t know what it is about these books, but reading about this lifestyle is endlessly fascinating to me.

Warren Jeffs and his brothers get a lot of media attention, but let me tell you, Ervil LeBaron has Jeffs beat in terms of creepiness any day of the week. Ervil and his brothers led a fundamentalist sect that lived in Mexico to avoid prosecution for polygamy. They were pretty typical of fundamentalist Mormons, except for the fact that Ervil believed in something called “blood atonement.” Blood atonement is apparently a religious doctrine taught by Brigham Young that there are some crimes that are so dreadful that the only way to atone for them is to be killed. In the 60s, Ervil LeBaron split from his brothers’ church and formed his own, based on this practice. Declaring his brothers and their followers apostates, he ordered the murders of his brothers Joel and Verlan and several of their followers. All told, he was responsible for dozens of deaths.

Kim Taylor grew up in Joel and Verlan’s church along with her sisters. Daughters of Zion is her memoir of her childhood and young adulthood spent in Mexico, seeing her older sisters marry men who had several other wives, and trying to determine what kind of life she wanted to live. As a child, she was best friends with a boy, Mark, whose family would eventually follow Ervil in the split. Mark later allegedly became an assassin for Ervil and was eventually murdered by his followers (this story is also mentioned in Under the Banner of Heaven by Jon Krakauer). She describes the fear of knowing her friends and their parents are being targeted by murderers, and worrying that her old friend Mark might kill her some day. The first person to be murderd in the book is Joel LeBaron, and after that, this goes from being a childhood memoir to being tense as hell.

Books in this particular genre don’t tend to be well-written works of art, but holy cow are they hard to put down. People really lived like this. . .people still live like this today. There are still teenaged girls being married off to middle-aged men who already have ten other wives. There are men who have so many children they don’t even recognize them all when they meet them in the street (something that actually happens in this book). Ervil LeBaron died in 1981, but people were still being murdered in his name for years after that. There are still people involved with this group who live in hiding. I’ve already got a list of books by other former LeBaron followers that I can’t wait to read.