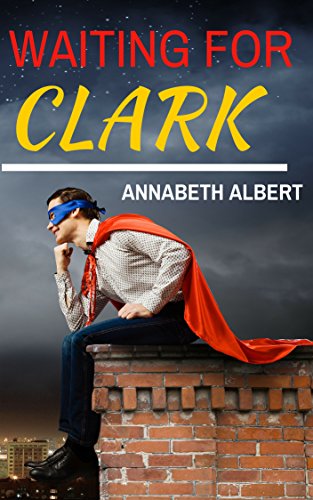 This novella was absolutely charming!  Bryce and Clark were freshman college roommates and quickly became best friends.  They both had feelings for each other, but did not want to ruin their friendship, were dating other people, or living different places, so a romantic relationship never worked out.  They have been apart for 5 years, and Bryce has felt abandoned during that time. Clark shows back up in his life and Bryce doesn’t know how to feel about it.  Clark has to convince Bryce that they should give a relationship a try.  They meet up again for the first time at a Comic Con with Bryce dressed as Batman and Clark as Superman.  (I enjoy the superhero movies, but am in no way a fangirl, and I still found this whole setup both entirely too twee and also adorable).

This novella clocks in under 100 pages and is FREE!  If any part of the above paragraph interests you – you should give it a try.  It was really light and sweet.  Because the characters had an extensive back story I was able to buy their connection and happily ever after.  There are no extra scenes, just a short and sweet second chance, friends to lovers story.  Both heroes were nice guys and so were their friends.  As with all other M/M romances I have read, the sex is explicit.  If that will turn you away from an otherwise smooshy and gooey love story, then be forewarned.

This was my first book by Annabeth Albert, but I have already read another of her novellas (review pending) and have forced myself not to gobble up the rest of them and just sit back and savor for a moment.  Recently even when I have been enjoying a book by a new author I have not wanted to stuff my eyeballs with everything they have ever written, but this may be an exception.  Also, did I mention FREE?