beforeheader
The Book Bingo Reading Challenge is Here
> Genre: Fiction > The Book Within the Book 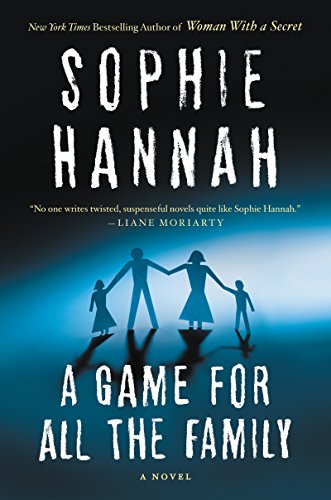 Man, this is one strange little book. I picked it up because I was going on vacation, and even when Sophie Hannah’s books aren’t very good, they can always be relied on to be interesting. The basic plot of this one is that the Merrison family has picked up and left London for a more peaceful life in Devon. The main character, Justine Merrison, has quit her job and is looking forward to staying home. The story gets going when she finds the beginning of this creepy story her daughter is writing about a family that used to live in their house. Then her daughter tells her that her best friend was expelled from school. And then the threatening phone calls start.

I can’t discuss the plot too much without giving things away, so here’s a quick rundown of the positives and negatives of this book instead.

Positive: Since it takes place in Devon, there’s no sign of the Spilling police force that Hannah uses in her other novels. I did not miss that unlikeable group one bit. The mystery is interesting, tense, and scary in parts, even though the final explanation is dumb (it so often is in a Hannah novel). There’s a puppy, adorably named Figgy Pudding. The best part of the book, though, is the story that Justine’s daughter Ellen is writing. It has these weird Victorian elements, the characters have fantastic names like Garnet and Allisande, and it is so deliciously creepy and atmospheric. It is by far the best part of the book, and one of the best things Hannah has ever written, honestly. I would have read an entire novel, just about those characters.

Negative: Pretty much everything else. Like I said above, the explanation behind the mystery is dumb. There are so many violent, murderous sociopaths wandering around Sophie Hannah’s England, it’s a wonder that there’s anyone left alive over there. Justine, the main character, is pretty irritating. The whole thing with Ellen’s friend being expelled and the subsequent school scenes are preposterous.

If you’re a Hannah fan, you might enjoy this. After her last couple books I was starting to think there was no more gas in her tank, but the story within the story here made it all worthwhile for me.