beforeheader
The Book Bingo Reading Challenge is Here
> Genre: Fiction > An epic tale about the hopelessness of being The Other 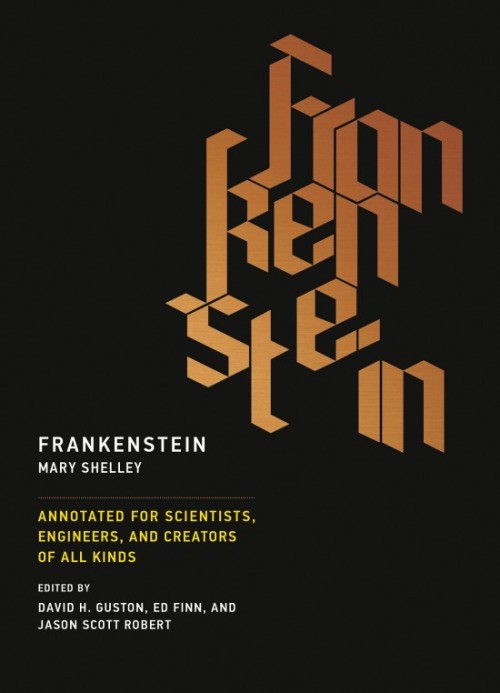 I’ve been mulling over this review of Frankenstein for a couple of weeks now and I have so many thoughts and feelings! I’ll first admit that I had never read Frankenstein: or, The Modern Prometheus before this year, and truly believed that the gothic horror story was just the same as James Whale’s Frankenstein movie. And it is not. At all. The same.

Mary Wollstonecraft Godwin Shelley wrote her epic tale about the hopelessness of being The Other, of the misery of the life unwanted, and uncared for. The monster is a miserable, loveless creature who terrifies anyone who encounters him, and this pushes him to become a violent, depraved killer who hates his creator most of all. Victor Frankenstein, to be fair, is probably one of the most egotistical, self-centred characters ever written, and one doesn’t have to look far to imagine who Shelley might have based him upon. [hint: it’s this guy] Shelley manages to make the monster the most sympathetic creature in the entire story.

While many claim the idea of reanimating human corpses places Frankenstein in an early 19th century science fiction realm, and it’s true that Shelley was fascinated with the new and astonishing science of galvanism, this portion of the book is at most about three pages long. As a book that was written over 200 years ago, it might be fair to shelve Frankenstein with science fiction, or horror, but I would frankly feel more comfortable categorising it as a work of great merit based on it’s deep psychological drama and characterisations. Shelley’s prose is flowery and sometimes overwrought, but her skills at crafting narrative are unparalleled. If you do want a movie tie-in, I would recommend Mary Shelley, directed by Haifaa al-Mansour over the many, many versions of the Frankenstein story. It’s not 100% accurate, but it’s an enjoyable two hours of your time.

For it’s 200th anniversary,* an annotated version of Frankenstein was published online, and you can read it here. Frankenstein holds up, and is still well worth reading in the 21st century.

*Frankenstein was published anonymously in 1815, but the slightly edited version which appeared in 1818 was the first to be attributed to Mary Shelley.

Tagging in “This Old Thing” for CBR10bingo