beforeheader
The Book Bingo Reading Challenge is Here
> Genre: Graphic Novel/Comic > Okay I loved this but don’t read it until there’s more!!!

What was that and give me the rest right now.

I’ve been looking forward to reading this because even from the summary I could tell I was going to enjoy it, and also I loved C.S. Pacat’s Captive Prince trilogy. But I don’t think I was quite prepared for just how much fun I would have with this comic/manga hybrid (it was written with many of the techniques and tropes common in manga, even though pretty much everything else about it is western).

Like, that five stars is mine alone. You may very well, and probably will, read the first trade and think, okay . . . why? And to that I say, shrug? I’m not gonna psychoanalyze myself over this. All I know is that as soon as I finished this, I wanted Vols. 2 and 3 IMMEDIATELY. 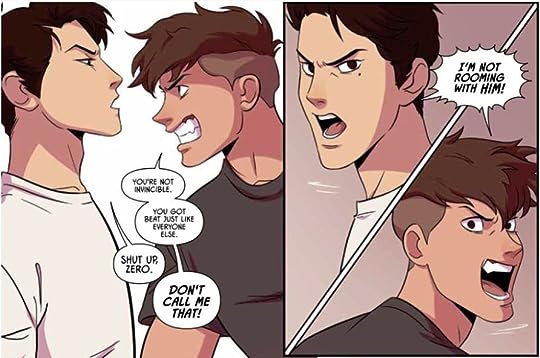 So this is basically about a bunch of fencers at an Australian boarding school. There are rivalries, class issues, lots of gayness, family secrets, and fencing. This combines everything I love about boarding school stories, sports stories, and (I assume, solely from knowing Pacat’s work) enemies to lovers romances. The characters are very vivid only after four issues (the number included in this first trade, which is NOT ENOUGH).

Our main character is Nicholas Cox, the unacknowledged and poor son of an Olympic fencer, who is determined to fight his way to the respected life he feels his father denied him (his half brother is the #1 ranked fencer). His immediate rival is Keiji Satayama, a fencing prodigy who Nicholas is gunning for on his way to the top. The other characters are less front and center in this first volume, but I bet they’ll be more focused on as the series continues. I particularly smell something up with the team captain, Harvard, and his life-long best friend, Aiden, who has a playboy/heartbreaker reputation (at an all boys school, keep in mind; I did say this was very gay). One of my favorite gags in the comic was the wall the coach has in their training center of things they are not allowed to say in her presence, or they will have to do 200 suicides as punishment. One of those things, right in the center, is “Aiden broke up with me.” 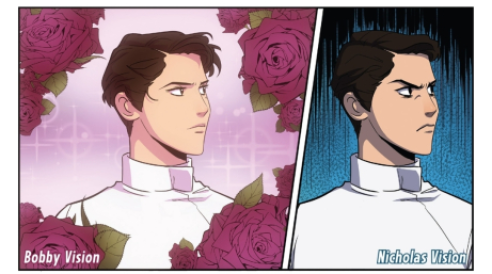 This volume ended on a horrible cliffhanger, and seeing how all but the last two issues are out right now, of what will eventually become trade Vols. 2 and 3, I am probably just going to cave and buy the individual issues because I cannot wait until April 2019 for Vol. 3. Amazon tells me issues #11 and #12 will both be out by November. That is so much sooner than April. (The trade for Vol. 2 comes out mid-January. That is also too long.)