I have been really busy with my own writing and art project this year, so haven’t been posting regularly on my blog. But I did want to share some capsule book reviews of what I’ve been reading lately.

Agatha Christie, The Monogram Murders – billed as a “new” Hercule Poirot mystery, by British mystery author Sophie Hannah. It wasn’t a bad read, but was it Poirot? For fans of Christie’s most famous and famously fastidious detective, there were definite pleasant notes scored, with nods to his love of order and symmetry. Where the book fell flat for me was Poirot’s “assistant” in the case, a young police officer named Catchpool, who seemed neither fit for the police force or for sharing Poirot’s company. I didn’t find the core mystery too compelling, either, I’m afraid. Hannah got permission from Christie’s descendants to try her hand at Poirot, and apparently this book was successful enough to spawn a second, Closed Casket, which will be released in September. I will surely check it out from the library, but with expectations not too high.

The Murder House, by James Petterson (David Ellis) – a “collaboration,” the book was a fast, if a bit disjointed, thriller. I usually like books that focus on a house as another character, especially a sinister one, so the title attracted me. It was actually the first book by the uber-prolific Patterson that I have read. The Murder House could have done with more house-centric scenes and less running around, but definitely the perfect beach read if you like this sort of thing. 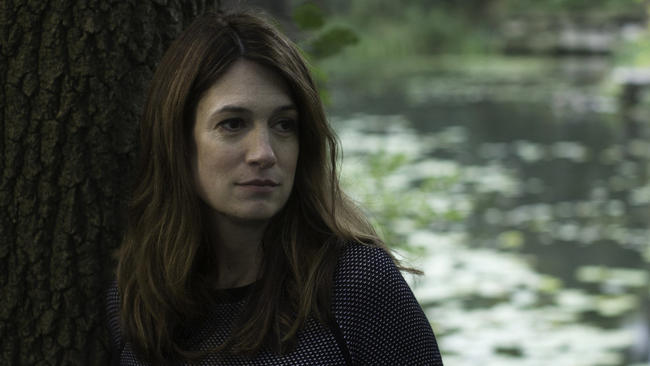 I loved Gillian Flynn’s Gone Girl, and finally got around to reading her first two novels:

Dark Places follows Libby Day in the past and present as she tries to cope with being the only surviving member of an infamous Satanic cult massacre that took the lives of her mother and two sisters. Libby’s seven year-old witness testimony implicates her teenage brother, and twenty five years later she begins to question what she thinks she heard and saw. Flynn deftly portrays the rural poverty of the Midwest and the desperate and dark forces that drive people to murder. It was a great and gripping read and Libby was a complex and compelling character.

Sharp Objects followed another female character. Camille, a reporter who must delve into her past while investigating a series of murders that have taken place in her childhood town of Wind Gap, Missouri. Flynn skillfully takes the reader through Camille’s past and present, with scattered clues relating to the current crimes, as well as factors contributing to Camille’s personal history of self-harm. At times scary and heartbreaking, Flynn’s first novel is a great read.

Still in the mood for s thriller, I picked up The Girl on the Train, by Paula Hawkins, at the library, and was not disappointed. The story follows a trio of female protagonists, who may or may not be reliable narrators: Rachel, Anna, and Megan. Rachel, an alcoholic who is still obsessed with her ex-husband Tom, sees a woman and a man from her window seat on the commuter train to London and proceeds to weave a fantasy narrative about their lives. This story begins to interweave with an actual case of missing woman and Rachel’s own sad history with her ex. A twisted and turning but ultimately very satisfying mystery thriller. Highly recommended.

I also read another highly fictionalized account of the life of Marilyn Monroe, Marilyn Monroe Confidential, by Lena Pepitone, who worked as her maid while Marilyn was living in New York and married to Arthur Miller. Since Pepitone had very limited English (she was originally from Naples), the book, which came out in 1979, has been widely criticized for its supposed veracity. Pepitone reproduces long conversations with the star, which, years after her death, would have been hard for the most fluent speaker of English to recall. Even knowing that it is mostly balderdash, it is undeniably a fun, if trashy, read, with the dropping of many famous names from Marilyn’s orbit, including Frank Sinatra and Joe DiMaggio.