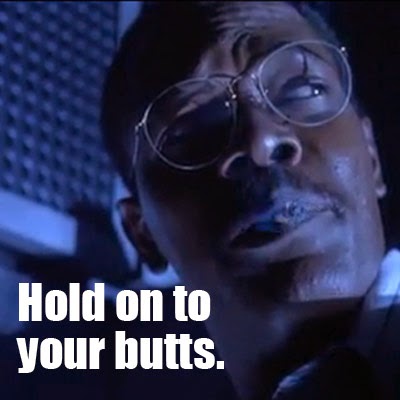 Hoo boy. There is a LOT going on in this one. It’s Paris, World War II. The Nazis are trying their best to occupy the city, but it’s a little difficult, because some mystical bomb went off in a café, and now there are creatures (manifestations, or ‘manifs’) from Surrealist paintings and poems walking around the city, casually eating or dismembering Parisians and Nazis alike. Tables with wolf heads, puddles in the street with carnivorous plants living in them, giant stone statues walking around bashing things in, and incomprehensible ‘exquisite corpses.’ If that wasn’t weird enough, the Nazis have opened a doorway to Hell and are trying to make deals with demons. This doesn’t go as well as planned (duh). So the Nazis are trying to tame demons and occasionally manifs (while frequently getting stomped or eaten), the Parisians are trying to survive demons, manifs, Nazis, and occasionally each other (while frequently getting stomped or fused into brick walls), and, as Louis Tully would say, everybody’s nuts.

The story centers around Thibaut, a rebel with magic Surrealist pajamas, part of a group of Surrealists who understand the paintings and poems, and seem to almost worship the manifs. Thibaut meets an American woman photographing the chaos, saying she wants to write a book about ‘the last days of New Paris.’ Thibaut is drawn to her, and helps her on little quests that convince him she’s a spy. If things weren’t weird enough, it turns out she is a spy, but not American as he thought. She’s a spy for Hell. The Nazis are trying to create their own demon/manif hybrids, which is against the deal they made, so she’s there to rain Hellfire down upon them and make things even more bonkers.

The parts with the various monsters and plots to foil Nazis move quickly, but the Surrealism/philosophy stuff kind of slows the story down. Thibaut and his crew sit around and say things like, “Play is insurrection in the rubble of objective chance.” Okay. I always seem to like China’s own worlds better – when he writes about Paris or London or real places (even when they’re full of beasties), I’m not as drawn in. However, I will continue to read absolutely anything he writes.