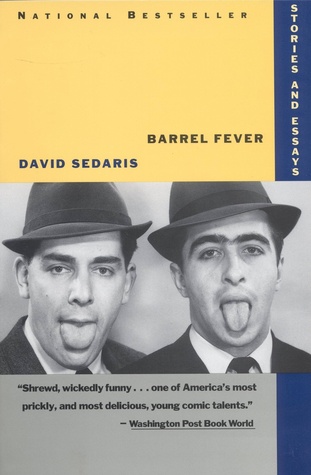 The short stories, most if not all written from first person view, generally tell stories about nasty people who rarely get their comeuppance. I tried, but I didn’t like any of them! The only one that came close was a Christmas letter written by a woman whose life has recently fallen apart (knocked up druggie daughter, and the recent discovery of an illegitimate daughter her husband produced in Vietnam, who has recently come to live with them). It’s mean, but stays mostly funny (albeit incredibly racist, but you’re meant to side with the Vietnamese daughter…I think), until the Vietnamese daughter washes the baby in the washing machine. That’s too far, even for me.

The non-fiction, like I said, is pretty typical Sedaris. He tells a story about his time working as a Christmas elf, versions of which I’ve read elsewhere and always found funny. I guess I just wasn’t the target audience for this one.