beforeheader
Help us meet our 2021 #GivingTuesday goal. We have raised 25% today alone!
> Genre: Fantasy > Late to the party with this review of a fun book involving mythological bestiality, among other delights.

Norse mythology is so weird, guys. I mean, all mythology is weird, it’s just, I can’t get over Loki seducing that horse.

This was a really fun audiobook. Gaiman reads it himself, which I always enjoy. I know some people don’t like his cadence, but it works for me. Especially when he gets all cheeky with his words and his tone of voice matches it. And it’s such a fast listen, only clocking in at six and a half hours. I’d imagine the hard copy would be just as much fun, though. Gaiman has a way with words in whatever medium, and you could probably finish this off in a couple of hours. 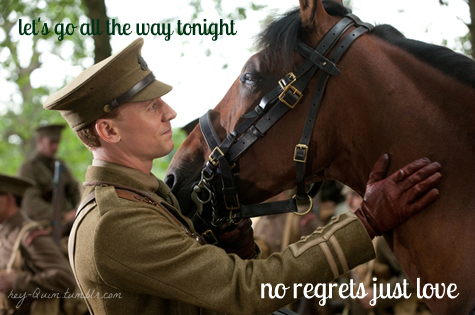 This is a retelling of the core stories in Norse mythology, which has always been a fascination for Gaiman (note its central importance in American Gods). Gaiman puts his own spin on such tales as the creation of Mjolnir, Thor cross-dressing at Freya’s wedding, how Odin lost his eye, the tragic death of Baldur, the many (many, many) exploits of Loki, and the ultimate battle of Ragnarok. 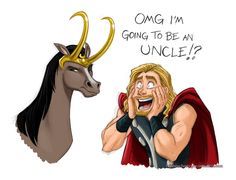 For me, Loki was the central figure in this book, and it’s clear that Gaiman has a soft spot for the trickster god. Loki constantly makes terrible decisions and does outrageous things, but you’re on his side (and the side of his children). That is, until you’re not. It’s much more nuanced than I expected it to be. I’ll be honest, aside from whatever pop culture osmosis I’ve experienced over various stories, the most exposure that I’ve had to Norse mythology is the Avengers movies and Rick Riordan’s books, so pretty much all of this was new to me, but I guess I assumed that Loki was much more of a villainous character traditionally than he is here. 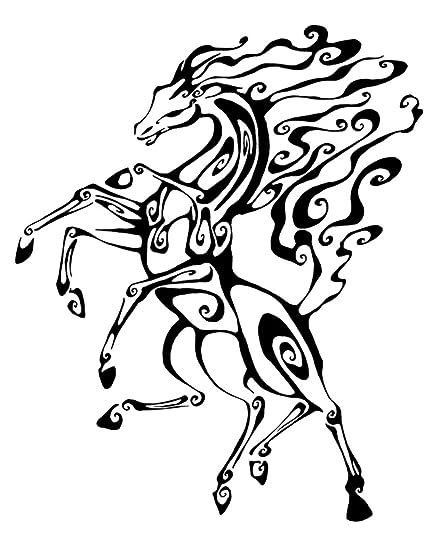 Gaiman portrays Loki as a trickster who isn’t necessarily out to cause harm, but whose actions cause the gods to fear him and his children, who in turn do things that actually turn Loki and his children into their enemies. It’s a perfectly tragical mythological saga, and it’s all the better that all the participants involved aren’t nearly as black and white as “good” or “evil.” What happened to Fenris wolf made me so sad and so mad, I just wanted to punch all of the gods in the face. All of Loki’s children except Sleipnir* (my new favorite thing, in case all the pics and gifs in this review haven’t clued you in) really get a shit deal, but none more than Fenris wolf. The next time I check in with Riordan’s Magnus Chase books, I honestly might start rooting for the bad guys.

*In case you’re not familiar, Loki gets himself up shit creek and ends up having to seduce a horse while in the guise of a mare so that the gods can finish building a wall before a deadline, and is then knocked up with an eight-legged baby horse, who is Sleipnir, Odin’s steed. So Odin uses his grandson as transportation, basically, and it is my favorite story in this book by about 1000%. 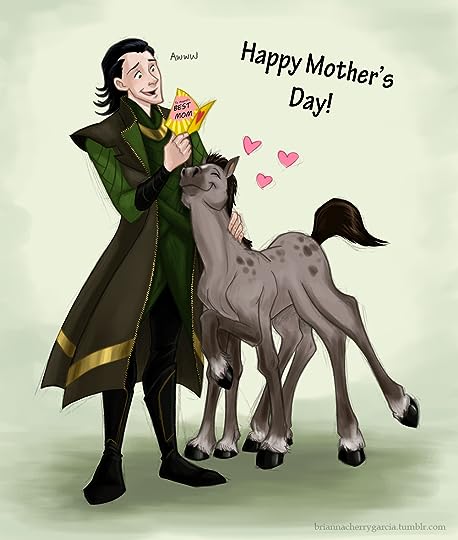 All in all, highly recommended.