I actually read more books this year than I have since I can remember. I just don’t have the energy to review them all for various reasons. Last year I did a round-up of all the books I didn’t properly review, and I’d like to do the same now (I’m only counting this review as 1 book read, because even though it’s lots of books, it’s not a full review for each and there’s no overarching theme like I usually do in my multi-book reviews). Some of these I’ve read over Christmas break and was tempted to save them for reviewing in 2019, but decided to play fair! Links in each book title. 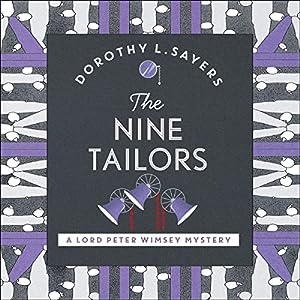 The Nine Tailors, Dorothy L. Sayers: I had read this book years and years ago as a teen, when I first got into Sayers’ Lord Peter Wimsey mysteries. This year, I enjoyed listening to the BBC Radio adaptations, which were only a few hours long (and which I highly recommend!). But I also listened to this audiobook of The Nine Tailors, read by Ian Carmichael, who provided Wimsey’s voice in the BBC radio adaptations. This book was… dull, to say the least. The murder itself is intriguing: the body of an unknown man is discovered in a grave that is definitely not his, a man who might be connected to a mysterious jewel robbery from decades before. Unfortunately, it goes on for far too long, and Wimsey took a ridiculously long time to figure out the murder after it had become painfully obvious. Add that to the fact that so much of this book revolved around church bells and bell-ringing. It was like Sayers had swallowed the handbook of bell-ringing and regurgitated it onto the page whenever possible. This might have been better if I’d been reading it and could skim, but on audiobook it was not great. 2 stars. 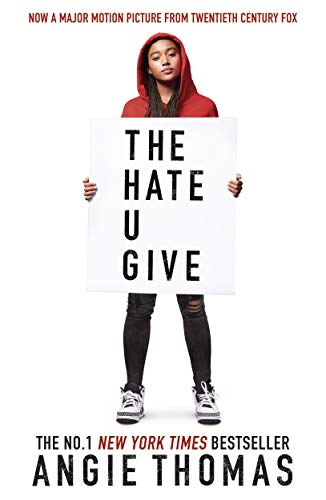 The Hate U Give, by Angie Thomas: I really, really should have reviewed this book. I thought about it for ages. It would even have filled a square for Bingo. But in the end, I felt at a loss. What could I possibly say about this book–this important book–that had not already been said a thousand times, and by people far more qualified than I? I knew it would be good, but I didn’t expect it to be so compelling, so mesmerizing, and so damn nuanced, too. It would have been easy to turn this story into something black and white: a black child has been killed by a cop. Yet Thomas shows all the shades between as well. It is obvious that there are good people and bad people. But there are also good people who make bad decisions, dislikable people who put themselves in harms way to protect others, and people who are so firmly convinced in their own goodness that they can’t see the hurt that they create. Starr is a wonderful heroine to spend time with, her family are realistic and compelling, and the narrative is tight and fascinating. There is a reason why this book has been at the top of the NYT YA list for so long (suck it, Handbook for Mortals). 5 stars. 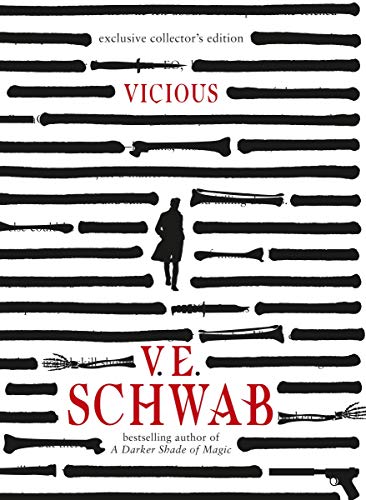 Vicious, by V. E. Schwab: This book is about superheroes–or at least, about people with super powers. But I was firmly convinced for the first half of this book that I was reading a book from the supervillain’s perspective. Victor Vale is amoral, narcissistic, and so bent on revenge that it consumes him. The only thing that makes Victor ostensibly a hero is that his nemesis, Eli Ever, is even worse. Eli believes that the superheroes in this world (made when people recover from death) are aberrations and must be eliminated. Victor wants to stop Eli, though less from a desire to save lives than from the need for revenge. It is Victor’s sidekicks who put him more firmly on the side of good: Mitch, a lovable brute with excellent hacker skills, and Sydney, a little girl who can bring back the dead… and whose sister Serena is working with Eli. Schwab’s books are brilliantly paced with no fluff, and this is no exception. A refreshing change from the normal Marvel and DC superhero worlds with no expansive mythos–just a story about two amoral assholes fighting it out. It’s more sci-fi or spec-fic than fantasy, but definitely not ‘hard’ sci-fi. I hope to be able to read the second one, Vengeful, soon. 4.5 stars. 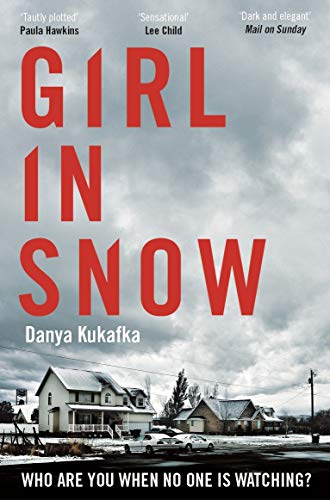 Girl in Snow, by Danya Kukafka: I chose this book because I had listened to a podcast featuring the author, and it seemed really interesting (and supporting debut authors feels good!) The premise is vaguely Twin-Peaks-esque: the body of a highschool girl, Lucinda, is found in the playground of a Nice Quiet Town, and buried mysteries begin to come forth. The story centres around three characters: Cameron, Lucinda’s stalker; Jade, Lucinda’s opposite; and Russ, a policeman. Lucinda’s death is the catalyst that drives the story forward, but the real story isn’t so much about Lucinda herself, but about these three characters, the aftermath of the death, and the secrets they try to hide. It does not delve into the fantastical, unlike Twin Peaks (no Bob bogeyman here, just a real one). I really enjoyed this, although the ending was a little more prosaic than I expected–though it did expose some of the real ugliness of normal humanity. Some of the things I thought would annoy me (switching between third and first person for different POVs) actually didn’t in the end. There were some unique stylistic choices that kept this from being a run-of-the-mill thriller. For example, Jade wants to be a writer, and there are several ‘scenes’ inserted into her sections about how she wishes conversations would play out that contrast really well with how they actually do occur. 4 stars. 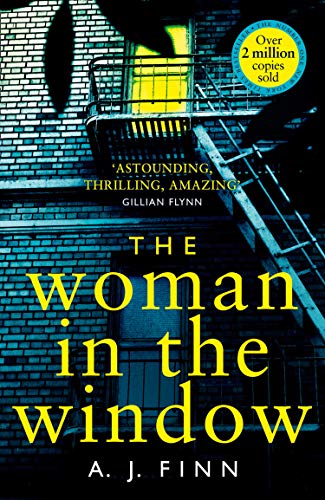 The Woman in the Window, by A. J. Finn: This was also a pretty interesting thriller, though I preferred the much more subtle Girl in Snow. An agoraphobic alcoholic sees a murder from her window, as she spends all her time spying on her neighbors, but no one believes her. She becomes more and more desperate not only to prove she was telling the truth, but also to protect her neighbor’s teenage son. I really liked the Hitchcockian touches, and also that the storyline didn’t end up just being a retread of Rear Window, which is what I had feared (although it is still very clear that the novel is a homage to that film in particular). I read this one quickly (even stopping in the middle of a long walk to read the last few scenes, while my poor husband wandered around waiting). The one drawback is that I’m just kind of bored of the alcoholic woman trope; I think the ‘untrustworthy female narrator’ cliche doesn’t bring anything to the table that hasn’t been done before. Jimmy Stewart’s character wasn’t an alcoholic, just an invalid. I think the agoraphobia would have been enough. However, the book is currently 99p on UK Amazon if people are interested! 3.5 stars.