beforeheader
Help us meet our 2021 #GivingTuesday goal. We have raised 25% today alone!
> Genre: Fantasy > Quests for chivalry and loyalty in Westeros 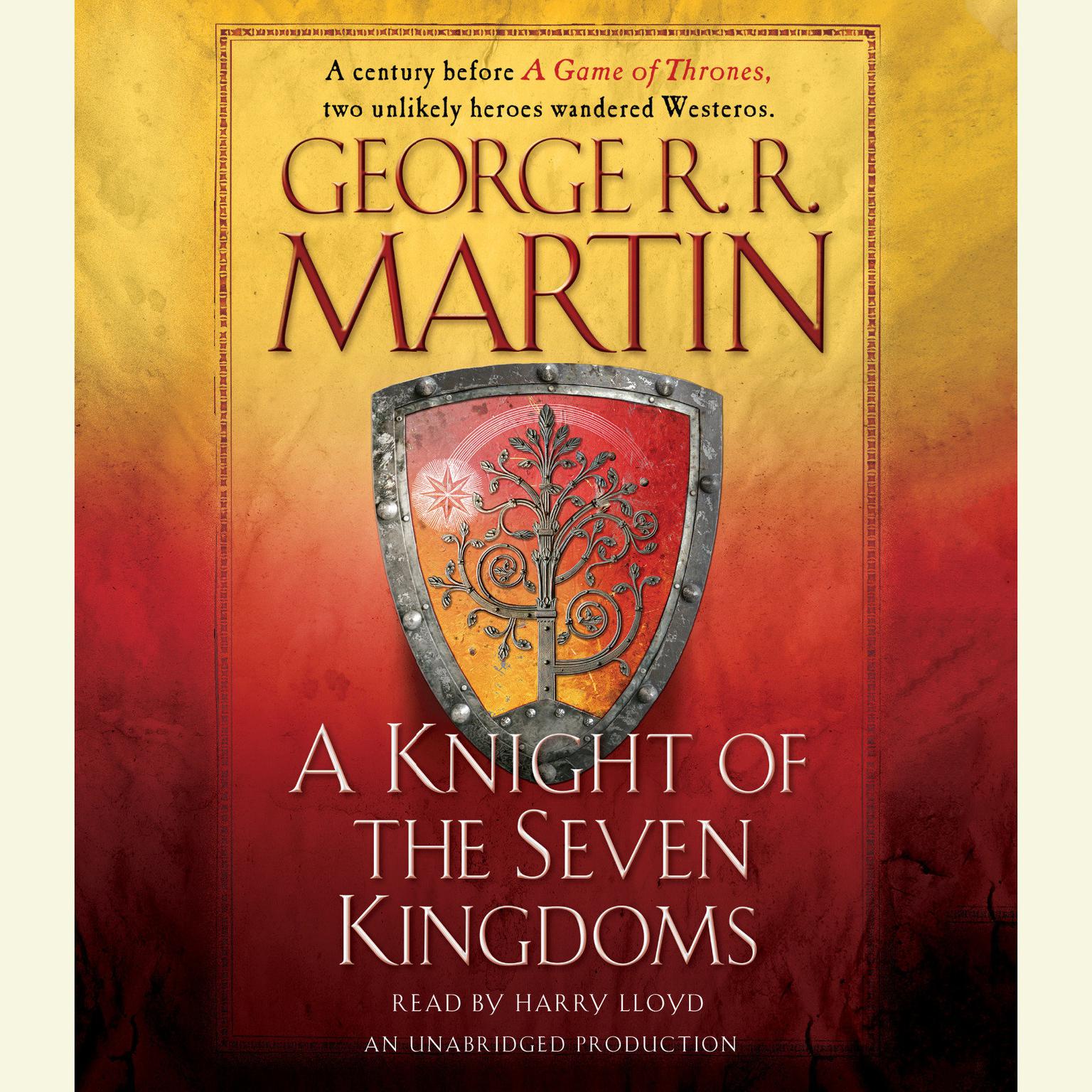 This is a review for the audiobook version of the first three ‘Dunk and Egg’ novellas by George R R Martin, set about a hundred years before Game of Thrones. They come together in one file on Audible, which is quite nice and easy. Each novella is about 3-4 hours long (much easier to digest than the 33+ hours of A Game of Thrones, for example). The novellas are difficult to find on their own, coming in edited volumes from a variety of sci-fi/fantasy authors (at least they were when I bought them a few years ago), so it is fantastic that they are so accessible here.

The highlight of the audiobook version is that they are read by Harry Lloyd, who has such an absolutely delightful voice that I promptly forgot he was ever Viserys. I had read the stories before, but I just loved Lloyd’s retelling. The voices he does are distinct enough to help follow the stories without ever veering into overblown caricatures. I may have to see if he has read other audiobooks just because I enjoyed listening to his voice so much!

A brief hint as to the narratives of the stories (hopefully without giving too much away!)

The Hedge Knight: Dunc is the squire of old Ser Arlan of Pennytree. When Ser Arlan dies unexpectedly, Dunc takes his arms and armour and pretends to be a knight. On his way to his first tourney, he unexpectedly picks up a new squire, a boy named Egg, and blunders his way into conflict with the royal House Targaryen.

The Sworn Sword: Dunc and Egg are sworn to the service of a new minor lord, Ser Eustace Osgrey, who is locked in a battle of territory and honor with the so-called Red Widow who owns the lands next to his. Dunc and Egg must negotiate loyalties and allegiances dating from the Blackfyre Rebellion, an attempted dynastic coup 15 years before.

The Mystery Knight: The Blackfyre Rebellion rears its head (three headed dragon, actually) once again, as Dunc and Egg join a tourney for a country lord’s wedding and are embroiled in plots and rebellion. Dunc has to come to terms with what it means to be a hedge knight and to be Egg’s mentor.

As much as I love A Song of Ice and Fire, there is a charm in these novellae that the main novels lack. The world, while still shades of gray rather than black-and-white of some fantasy, is less unrelentingly dark and depressing than the world of A Song of Ice and Fire. Even while Dunc and Egg have to deal with pretenders and Dunc is not always the sharpest sword in the armory (as we are reminded so often in the novellas that it becomes a slightly wearying mantra), but he has a good heart and an honorable soul. He is someone we want to win, no matter what he gets mixed up in.

I’ve given 5 very enthusiastic stars for this version (story/audiobook combo). Yet I can’t decide which one I liked best. The Hedge Knight is an excellent introduction to the characters and the world; The Sworn Sword ramps up the questions of honor and nobility, and is full of pathos (and a pretty awesome lady); and The Mystery Knight has some really interesting sinister plotting going on. Although the last was not my favourite when I first read it, I have been writing a PhD on dynastic legitimacy (albeit in the Roman era) since then, and now I think the whole dynastic pretender element is fascinating from a storytelling perspective as well as an academic one. But the Lady Rohanne is still a huge plus for The Sworn Sword’s claim to be the most enjoyable…

Now excuse me while I go read up obsessively on all the little tidbits of theory and backstory that I missed!