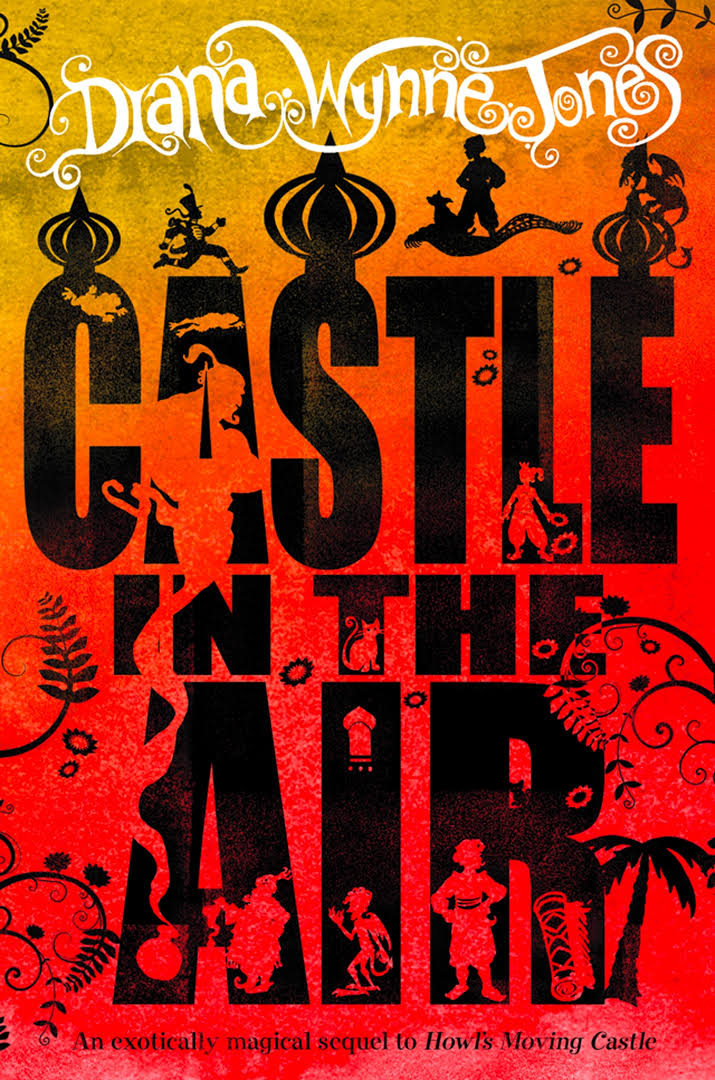 A little while ago, I read Diana Wynne Jones’ Howl’s Moving Castle after seeing the Miyazaki film. It was pretty much nothing like the film, but I adored it anyway. So I picked out Castle in the Air on my Overdrive app for a light read, expecting more of the adventures of Sophie and Howl. It wasn’t quite what I expected either, but was still a sweet, lovely story perfect for a kids (or, y’know, any adult).

Sophie and Howl don’t feature much until the end, for Castle in the Air is the story of Abdullah, a young carpet merchant in a pseudo-Middle East inspired world who prefers his daydreams to real life. His life is turned upside down, however, when he is purchases a magic carpet which starts bringing his dreams closer to reality. Abdullah falls in love with the beautiful Flower-in-the-Night, who has never seen a man besides her father, but before he can whisk Flower-in-the-Night off to marry him, she is captured by a djinn and Abdullah must rescue her (while keeping his head on his shoulders).

The story is reminiscent of Aladdin (Abdullah lies about being a prince, Flower-in-the-Night is a sultan’s daughter, and there’s a genie involved) but it’s there that the similarities end. Abdullah feels pretty guilty about lying to the sheltered young woman, and even brings her a thousand portraits so she can see what average men really look like. Abdullah usually escapes by the skin of his teeth and is heavily reliant on the magic carpet, but as he becomes more embroiled in his adventures, his quick thinking shines through more and more. But Abdullah’s true heroism is his kindness. He’s willing to give everyone a chance and to help those less fortunate than himself. (In the style of fairytales, the people he helps usually get the chance to return the favor, but it’s still good to see a fantasy hero get through by being a decent human being).

The world building feels a bit dated, especially with the many Middle Eastern stereotypes (Abdullah’s extended family, for example). But fantasy has come a long way since 1990 when it was first published, and I think it works fine as a riff on fairytale tropes. Overall it didn’t blow my mind, but it was a nice read. 3.5 stars.